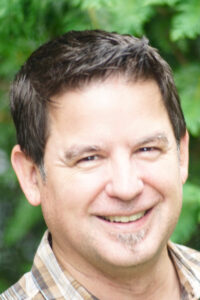 Cameron Flower is a BME Junior specializing in bioinformatics. He has taken many courses outside of the BME department, including some at the graduate level, to earn minors in bioinformatics, information technology, and computer science. Following graduation he would like to pursue a Ph.D. in Computational Biology or Bioinformatics, where he can employ mathematical and computational methods to understand genomic and proteomic phenomena for improved therapeutic strategies.

Cameron spent two summers in the Center for Immunotherapy of Cancer and Infectious Diseases at UConn Health, under the mentorship of Dr. Pramod Srivastava and Dr. Sahar Al Seesi. During his first summer in the lab following his freshman year, he helped to develop a cytotoxic T cell assay for quantification of immune response to tumor-specific cell epitopes. The following summer he used bioinformatics tools and methods to investigate melanoma tumor immune evasion using differential gene expression analysis and RNA-seq data. During the school year he works in the biosignal processing laboratory of Dr. Ki Chon, where he has been performing statistical analyses for a study to determine the physiological mechanisms of fatigue for U.S. military personnel. Under Dr. Chon’s guidance, he is currently working with a graduate student to test and improve a peak detection algorithm for an Android-based smartphone application. He will spend this summer at the National Institutes of Health in Bethesda, MD, to conduct a bioinformatics project in the Epithelial Systems Biology Laboratory of Dr. Mark Knepper. 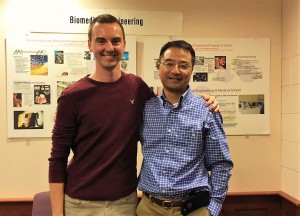 The Barry Goldwater Scholarship and Excellence in Education Program was authorized by the United States Congress in 1986 to honor Senator Barry Goldwater, who served his country for 56 years as a soldier and statesman, including 30 years of service in the U.S. Senate. The creation of this program pays tribute to the leadership, courage, and vision of Senator Goldwater and establishes in his name an endowed recognition program to foster and encourage excellence in science and mathematics.

The purpose of the Barry Goldwater Scholarship and Excellence in Education Foundation, as stated in the enabling legislation, is to alleviate a critical current and future shortage of highly qualified scientists, mathematicians, and engineers. A more realistic statement of the purpose, in today’s terms, is to provide a continuing source of highly qualified individuals to those fields of academic study and research.

The NIBIB sponsored Biomedical Engineering Summer Internship (BESIP) is for undergraduate biomedical engineering students who have completed their junior year of college. The 10 week program, under the guidance of Dr. Robert Lutz, BESIP Program Director, is scheduled from June 6, 2016 to August 12, 2016. The internship will allow rising senior bioengineering students to participate in cutting edge biomedical research projects under the mentorship of world-class scientists in NIH laboratories in Bethesda, MD.

Selected by a nationwide competition, the interns will have the opportunity to indicate preferences from a list of available NIH projects that involve areas of engineering or physical science expertise. The students will participate in group meetings, attend planned lectures and laboratory visits, and be encouraged to submit posters to the NIH Poster Day where summer interns from all disciplines present their projects.

More information on the program can be found by clicking here